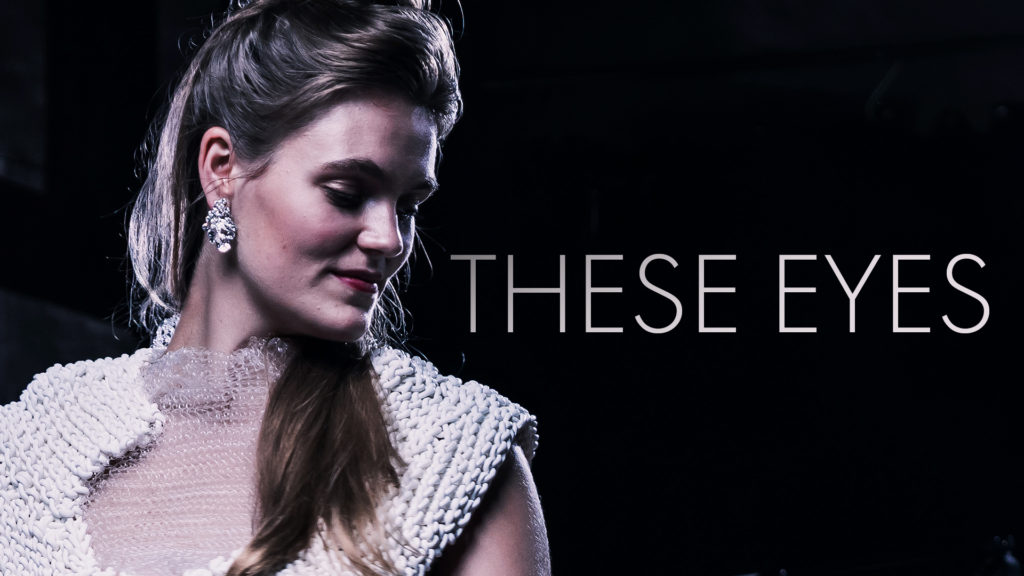 The Story behind These Eyes

These Eyes started out as a poem I wrote about two and a half years ago. I was sitting in the park near the ArtEZ Conservatory in Enschede with Julian. It was one of those first spring days, the first day of the year where you could be outside without a winter coat. We were talking and enjoying those long awaited warm sun-rays, when I suddenly felt something touching my knee. I looked down, and there was a little boy. I estimated him about 3 years old. He was looking at me, with his little hand on my knee. Smilingly I said, ‘Hi, who are you?’, but he didn’t answer. His eyes were big and brown and serious in a remarkably mature way. I looked around to see if I could detect his parents. They sat a little further along the bench we were sitting on smoking a joint, seemingly not worrying too much about the whereabouts of their child. I looked back into the child’s eyes, who was still uninterruptedly staring at me. In his eyes, I saw so much innocence, understanding and wisdom. Time stood still for a while. It felt like he was looking right through me. Then, abruptly, he walked away, returning to where his parents were sitting. A bit disoriented I walked back to school.

When I turned around the corner, a few meters away from the entrance of the school, there was a young boy on a bicycle, about 9 years old, riding in circles. I looked at him, and he looked at me. To my astonishment he looked exactly the same, just a few years older, with the same intriguing eyes. Even more amazed I walked into the school, and wrote the poem that later became the foundation for the lyric of These Eyes.

One and a half year later when I was temporarily living in New York, I had a lesson with Becca Stevens. We talked about the concept of Perception. She started talking about the definition of perception and about how young children perceive. The experience with the little boy in the park came back to mind. It reminded me of how I saw the world as a child. In the song, the first two verses are about the experience with the boy in the park. From there on, his eyes become like a mirror. A mirror showing me my own personal growth. Showing me an exploration of who I am right at the core, stripping away my prejudices and education. It shows an inner wisdom, a purity, a feeling of invincibility that I know I had as a child, the type of wisdom that can be seen in every young child’s eyes. A pure, curious, innocent, non-judgmental way of perceiving the world. Singing the song These Eyes, reminds me of that lightness, that playfulness, and helps me return to that mindset that to me, is a vessel for so much beauty.

Back
We use cookies to ensure that we give you the best experience on our website. You can change your cookie settings inside your browser settings. If you continue to use this site we will assume that you are happy with it.OkPrivacy policy